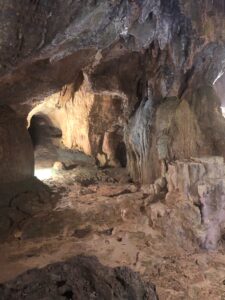 Here’s a bit of correspondence with someone who asked how she might practice being aware within relationships she has with people who themselves are not aware, and who are indulging conditioned mind in unpleasant ways. I’m sure we all have that experience. Here’s what I said. See what you think!

I imagine that it’s nearly everyone’s experience that it is most difficult to be at center and to be who we truly are when we are interacting with people who are unconscious (ie, who are entangled within conditioned mind, believing the fictional narratives of conditioned mind, doing the destructive things that conditioned mind tells them to do, and so on…). With practice it can most definitely be done, however. The best way to acquire the skill, in my experience, is just to do your own work over time.

The conditioning that you experience in other people is exactly the same as the conditioning you deal with within your own mind. There is no difference at all, essentially. The issues may be different, and so may be the content through which those issues are expressed, but the processes by which you suffer and end suffering are identical with those same processes in other people. And so the more you are able to disidentify (to let go of conditioned identity) when you’re alone, the more you’ll be able to do it with others. In your email you describe a process through which you slide from a place of centered awareness into your own conditioned responses to things that other people are doing or saying. That’s what is happening when you say you are feeling “disenchanted” with these relationships, or “disengaged”.  “Disenchanted” and  “disenchanted” are both fictional stories happening within conditioned mind. When you “feel small” in these relationships the same thing is happening. You are experiencing your own conditioned reactions to other people’s stuff, and you are suffering because of those internal conditioned reactions, not because of what the other person is saying or doing.

In my experience, the best thing to do outwardly in conversations in which the other person is indulging their conditioning in some way, is to practice “reflective listening.” Reflect back to the person pieces of what they are saying in their own words, whenever there is the space to do that. It also works well to ask clarifying questions and to draw them out as they’re speaking. In other words, create a space for them to share whatever they want to share, and reflect them instead of agreeing or disagreeing with what they say. That way you can be fully present with them but not be entangled in their stories or supporting their stories–and at the same time not entangling yourself in your own conditioned stories. You can just be a compassionate listener and a clear mirror for them.

If you can be present with the people in your life in the way I’m describing, and listen compassionately and reflect them instead of attending to your own reactions and your own stories, and instead of making them wrong or telling them what to do, then I think you’ll find that you will feel connected with them and will be able to enjoy the love that you hold for them. There’s a difference between a person and their condition behaviors. The kind of practice I’m describing here will help you get in touch with the authentic person you are interacting with and to accept and forgive the conditioned behaviors they are doing unconsciously.

Thanks again for reaching out! I’m really glad you enjoyed the podcast. Bring this to group if you’d like and we’ll talk about it some more. Be well and have a great day!